My son and I once checked a book out from the library, “Matisse, King of Color” by Laurence Anholt. We both loved it instantly – though of course I had guided the selection among a few artists in the series, Matisse is a favorite of mine. It tells the back story of how Chapelle du Rosaire de Vence came to be, with beautiful illustrations inspired by the artist. (Now that I’ve most of the rest of the series, it still holds up as one of the best.) After checking it out a few times, I suggested to grandma that it would be a good Christmas present.

Last night as we read the story for the Nhundredth time, it occurred to me that we could take Cash to that place, so he knows that it’s a real story. END_OF_DOCUMENT_TOKEN_TO_BE_REPLACED

I had over 100 FB friends marching in 30+ cities around the USA in 22 states on Friday and Saturday.

In Austin, the crowd was about 50,000, quite likely the biggest-ever gathering at the Texas capital. (Second to about 25K at a UT anti-Vietnam war protest 40 years prior.) My mom said the Fort Worth rally was 6000+ after only being announced on Monday and with options all around, Denton, Dallas, etc.

It is so, so cool to hear all these huge numbers, and to have been there. END_OF_DOCUMENT_TOKEN_TO_BE_REPLACED

This summer I joined the board of the Unitarian Universalist Women’s Federation as the new Vice President of Funding Programs. Last week, at our Affiliated Minister’s request, I started writing a reflection of what’s helping my (liberal, heartbroken) soul after the election of Ivanka’s Dad to the highest office in the land. I wrote more & wrapped it up yesterday for the UUWF blog “Leaping From Our Spheres.” An excerpt is below, and you can see the whole entry here on the UUWF website.

END_OF_DOCUMENT_TOKEN_TO_BE_REPLACED

When I first knew I’d go to grad school, I wasn’t sure what for. I just knew that my brand new BA in Art History from a state school that most people outside the state have never heard of wasn’t going to get me far.

A few years after finishing undergrad working at a doctor’s office, I was feeling a little antsy and got an idea. I wanted to start a community arts center. To me museums were (and are) like church. Spiritual, contemplative places that are technically open to everyone but lots of people who may appreciate art do not feel at home there. I wanted to bridge the gap between the Art Institution and the person who could benefit from making or being around art (ahem, everyone). I started to explore graduate programs. To get into communities, to connect with people, you go through the kids. My plan was to have after school art classes, maybe in a building where there are studios behind and common areas in front. Give artists discounts or free rent for teaching art classes to the kids.

So I looked at art education programs – I would learn all about arts education, while also looking into nonprofit management on my own. Then, to my surprise & joy, The Ohio State University’s huge, excellent Art Education Department contained a program called “Arts Administration.” This is a thing! I found others and applied to 4 Art Administration programs (NYU, Ohio State, Indiana, and Oregon) and University of Texas’s Art Ed program.

I talked to friends and family about the idea, they all had input about what sorts of arts would need to be in a proper community arts center. ALL of them! END_OF_DOCUMENT_TOKEN_TO_BE_REPLACED

Through a fun grapevine of New York professionals &  friends, I got connected with a graphic artist named Luodvic Balland to help with publicity for his project Day After Reading. Balland is traveling with a team of journalists, historians and supporters to interview people about the news. What is your earliest memory of the news? How do you get your news? etc. They started in New York City, went to Philadelphia, Detroit, Chicago, Nashville, Memphis, St. Louis (where they got to be on the Washington University (aka WUSTL) campus during the debate that was also held there.

Now, I am helping to arrange interviews around the country, an exciting, fast-paced job for someone in a small town. I’ve gotten to speak to folks all around the country to see if they or a colleague or friend could be interviewed. Julie from Robert’s in Nashville is THE best! Jesse Lee Jones has a great story to tell, and I bet Julie does too.

The following city, in Memphis they were interviewed for a post on The Atlantic’s CityLab.

Today we interview the Mayor of Dallas, Mike Rawlings, then go to the Texas State Fair! What do you recommend we eat while there, fellow Texans?

Afterward, they will head west to go to Marfa and Fort Davis to visit the Chinati foundation and McDonald Observatory, respectively. I would love to go out west with them, but I will stay in Waco for about 5 days, then go off to Columbus, Ohio for a community leaders initiative of NeighborWorks America.

They will then go on to New Orleans, Miami, and DC for the election. More to come!

In September 2011 a young man I had known as an intern at Art in General, Nicolas Djandji, died in a bike wreck. Neither of us were working at Art in General any longer, I had been laid off before he finished there, but he had landed an excellent curatorial internship at Dia Foundation and was impressing people there. I think of Nick often because he was a big fan of coffee and once told me he had his morning coffee in the shower. I scoffed and made fun of him at the time, but soon adopted the practice, and still do it occasionally, thinking of him every time. The story about him that sticks in my head is that he would often go on coffee runs (as an excuse to smoke a cigarette or two along the way) and always checked with everyone in the office if they wanted some. He usually went later than I liked to drink coffee, and he mostly went to Starbucks, not my favorite, so I generally said no thanks. Finally, one day I did want coffee, and when I said yes and gave him my order, he was so excited that he insisted in buying it for me, though he was the 23 year-old unpaid intern and I was earning a salary there.

He was sensitive, creative, kind, enthusiastic, and is greatly missed by all that knew him. I remember thanking the colleague who had interviewed and hired him at his memorial. Nick enriched many lives in his short time, and it’s odd to have only known him a little over a year, and not really know his very close friends. The early thing that we had in common was that he spent his formative tween & teen years in Sugarland, Texas (a suburb of my hometown, Houston) though his family was Egyptian and (I think) had lived in Montreal. While we were working together his family, including one of his two younger brothers moved to Dubai. His father worked for the oil industry and an opportunity had come up. Nick was pretty concerned for his younger brother, he’d been no fan of coming of age in a Texas suburb, but he felt that Dubai would be weirder/worse. So his family had to travel from Dubai for his memorial.

My brother died about 3 years later and we traveled to the rest of our family in Texas from Brooklyn. Both were senseless deaths, could have been prevented, if only…
But those are thoughts I cannot have, as there is no more “if only” in their cases just the reality of loss. Each of these young men is a great loss.

Old Waco architecture on Elm Ave, the historic main street of the local African American community during times of segregation, subsequently neglected. This building can’t be used for Art on Elm, a pop up art festival & exhibition April 9 – because it is tagged by the city as unsafe. We will however be using other buildings nearby for exhibitions, and closing down the street for the bands and vendors and art activities at the 1-day, all-day (10 am-5 pm) festival. 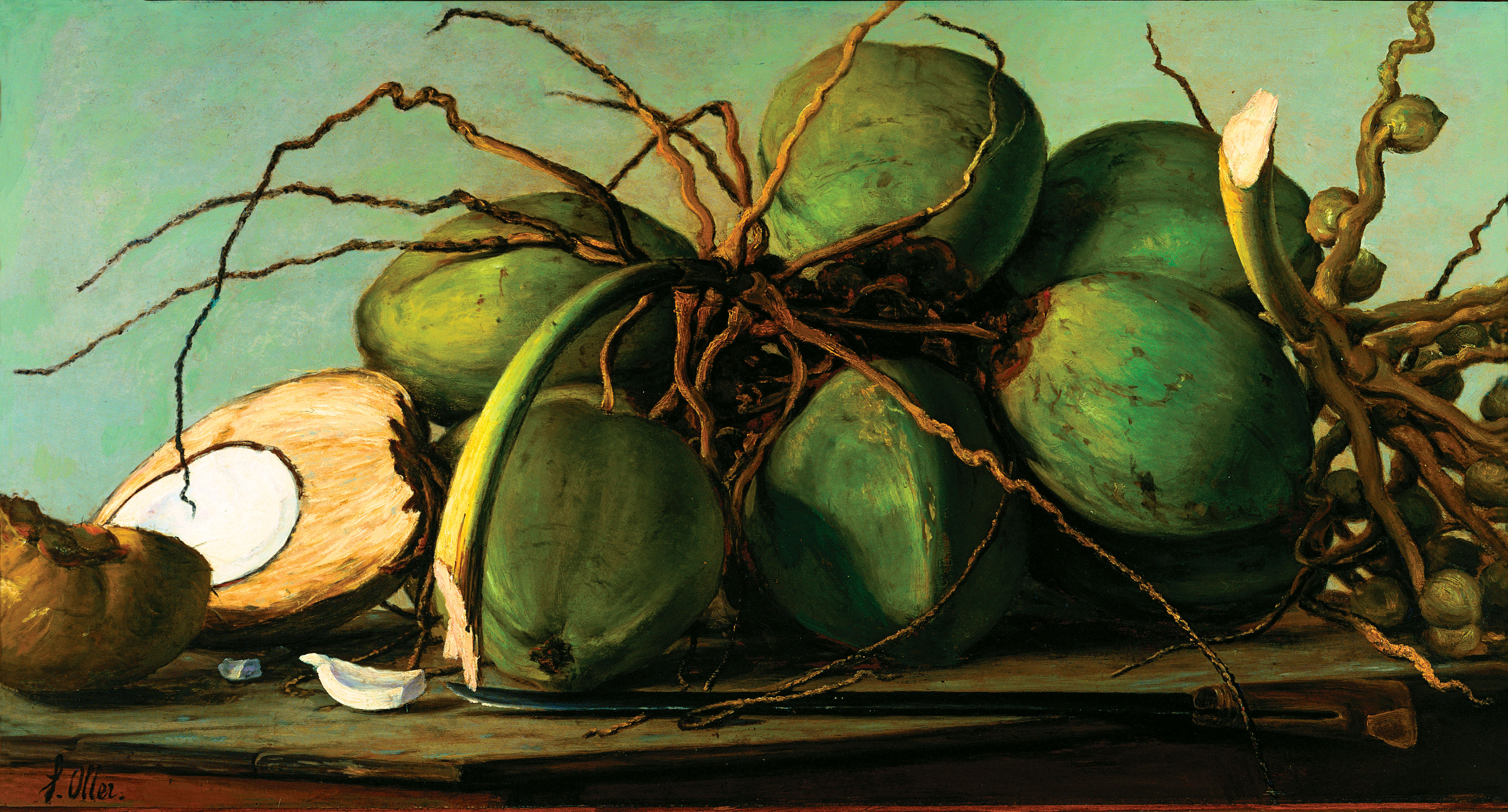